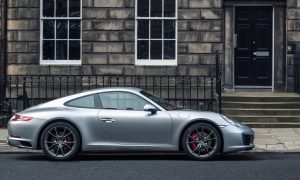 Throughout the years, the Porsche 911 has been gradually tweaked and refined into the nearly perfect sports car we know today. With the 2017 model, one major change is taking place: turbos are coming to all 911 variants. Officially known as the 991.2, ten 911 models currently feature the all-new turbo powerplant, with the rest receiving it in the near future. But, with a car as iconic as the Porsche 911, does turbocharging dilute the definitive driver’s cars? Let’s discuss.

In many sports car applications, turbocharging is a welcome means of making power. Subaru WRX STi, Mitsubishi Evo, Chevy Corvette ZR1, Ford GT…just a small sampling of performance cars that welcomed, and were made better for, the inclusion of forced induction. However, it’s a slightly different story with the 911. Unlike those examples, the rear-engined Porsche has come to stand for one thing above all else: the purity of the driving experience. Telepathic handling, precision gearbox and quick revving, howling, naturally aspirated flat six. 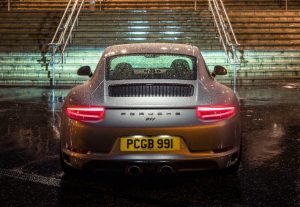 The problem with adding turbos to that equation is how much they can cut into an engine’s immediacy. Since they need to spool, that typically results in delayed throttle response, known as turbo lag. Not a big deal for pocket rockets. A massive problem for super sports cars renown for seamless dynamics. Of course, this is Porsche we’re talking about. The unquestioned home of over-engineering and obsessive devotion to driving excellence. Which means that while the new 911 has turbos, you’ll genuinely struggle to notice.

What you will notice is the phenomenal pace twin turbos deliver in 911 form. For the base Carrera, that means the 3.0-liter six makes 370 hp and 331 lb-ft of torque. By comparison, that latter figure is a substantial 41 lb-ft. dearer than its naturally aspirated predecessor. The Carrera S sees similar improvements, now delivering 420 hp and 368 lb-ft. of torque. That adds up to 0-60 in 4.2 seconds for the Carrera, and 3.9 seconds for the Carrera S. Very impressive figures, but that’s not the main event. Introduce the 991.2 to an epic backroad or race track, and you’ll find the Porsche magic has gone absolutely nowhere.

Yes it has turbos. Yes they should negatively impact the 911’s legendary driving experience. Curious thing is, they don’t. Instead, you wind up with a Carrera that is as sharp-edged, immediate and responsive as it has ever been. There is zero turbo lag. Not like “yeah you won’t notice unless you know cars” turbo lag. More like “imperceptible to human beings.” Almost as incredible, the dearly loved flat-six buzzsaw soundtrack is still as strong as before. True, it is fractionally deeper with a little less treble. But it’s so close we have to give Porsche’s exhaust experts hugely deserved credit (take a listen below).

Though it matters less than the behind the wheel action, it’s also key to note that the interior and exterior are as gorgeous as they’ve ever been. Twin center exhausts, updated engine cover/spoiler and revamped headlights/taillights are the only obvious clues this is a new animal. Otherwise, the proportions are beautifully on point. Step inside, and the upright dash, gauge layout and overall driving position is intact. 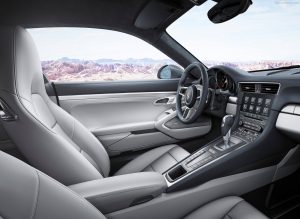 Any auto journalist that says they weren’t at least a little nervous about the 991.2 is probably lying. We certainly were. But Porsche found a way to use turbocharging to amplify, not detract from, the nirvana that is the most timeless driving experience on four wheels.

Feel like ordering one? The Carrera starts at $90,395 with its more athletic stablemate going for $104,395. Yes, that sounds pretty expensive for an entry level 911. But keep in mind, both are significantly cheaper than the $111,000 Nissan GT-R. And, at least as far as we’re concerned, that makes the 2017 911 Carrera well priced. It’s not just better than the 2017 GT-R35. When it comes to an unfiltered driving experience you can enjoy every day, it’s better than just about anything else.