Whether your vehicle is a means to get from A to B or a member of the family, one fact remains the same: the better you take care of it, the longer it will keep returning the favor. As minor as it may seem, keeping the elements away from your car or truck is a major factor in extending vehicle life. Indoor parking is clearly beneficial but in same cases it may not be an option.

Whether in a garage or residential parking lot, investing in a professional-quality Covercraft car cover is one of the best moves you can make. Feel like winning your own while showing off your pride and joy? Each month you can head to the Motorz Ridez contest page and submit a few photos of your ride. We’ll pick one luck winner to be featured here and take home a Covercraft car cover!

This month’s winner is the true definition of an American hero. Jeff Sloss, a South Carolina State Trooper and National Guardsman, always had a deep affection for his 1969 Chevelle SS. He bought it before meeting his to-be wife, Pamela, and was working whenever he could to bring it back from its rough condition. Due to his non-stop work schedule, he never had much time to consistently put into the project. In early 2003, SSG Jeffrey J. Sloss was deployed to Iraq. Five weeks after returning in May 2004, he passed away.

To honor his memory and sacrifice, a friend and fellow law enforcement officer Carnell Mauney along with Pamela’s dad, Robert Garner, put serious time into the car. The progress they have made is impressive to say the least. The interior has been completely restored, the front/rear windshields and all chrome components have been replaced. Additionally, many parts have been repainted, new exhaust tips added and much more. Check out the full extent of the build below.

This nation owes so much to our incredibly brave men and women in uniform like Jeff Sloss. The work put into this now beautiful 1969 Chevelle is a phenomenal tribute to one of our country’s bravest who gave, as President Lincoln described, the last full measure of devotion. We can be sure of one thing: wherever Jeff is up above, that Chevelle and all it represents definitely have him smiling.

Interested in being featured here and taking home your own Covercraft car cover? Head to the Ridez contest page and submit a few photos of your ride! You might just be next month’s winner. 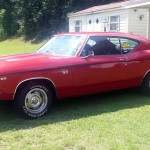 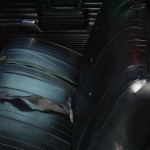 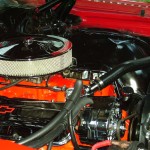