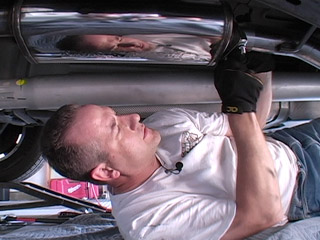 Today, May 9th 2011, we celebrate the 3-year anniversary of Motorz! It all started with the first episode, “F-150 Magnaflow Exhaust Install” with a very green Chris Duke who had zero experience being in front of the camera, let alone hosting an Internet show-turned TV show.

It was “game over muffler” in that episode, but game ON for the show due to all the amazing feedback we received from our pilot episode which was called “Truckblog TV” back then.

What a difference 3 years and 60 episodes has made!

As part of the Motorz crew, we appreciate all of the support and comments (good or bad), and suggestions for future episodes. We aren’t slowing down either, with 2 more episodes ready to go for the current season 4 and 12 more episodes about to be filmed for the new season 5!

Happy 3rd Birthday Motorz! What a ride it’s been!

To help celebrate our big day and the upcoming Father’s Day, don’t forget to enter this month’s tools giveaway! We’re giving away 10 different tools from the Sears Blue Tool Crew!