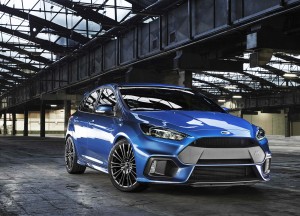 The Ford Motor Company has been on quite a roll. The all-new Mustang redefined the pony car. Both the Fiesta and Focus ST brought driving joy to buyers of practically any price point. Then the epic unveiling of the outrageously beautiful 2016 Ford GT and brutal GT350R brought the auto world to a standstill. Yet, even with all of that, Ford may have just dropped the biggest stunner today: the 2016 Focus RS.

For those not familiar with the weak-knee inducing RS nomenclature, the story is pretty simple. For years, Ford has been taking the standard Focus hatchback and making sporty versions. That’s nothing new, odds are you see a few every week. However, deep in Ford’s performance skunk works, every once in a while an RS variant will appear. In essence, a Focus with the volume turned up way past 11. Problem is, we have never received the RS in the States.

Alas, the long wait has finally, finally ended. A few months ago, Ford’s new CEO announced the latest RS would be coming to America for the first time. Some wondered if this meant the new version might get watered down as it crossed the pond. Today we received the answer, and friends, it is worth getting incredibly excited about. 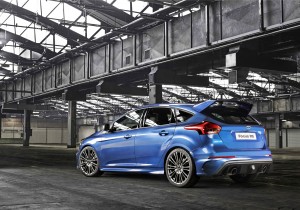 Everything you think you know about the Ford Focus? Go ahead and throw it right out the window. This hatchback, quite literally, has more in common with the Mustang than it does the Fiesta. Most of those similarities are due to the 2.3 liter four cylinder engine taken directly from the Mustang EcoBoost. In this form, that’s good for “at least” 320 horsepower and 320 pound-feet of torque. All in a five door hatch with a (very thankfully) manual transmission.

Ready to sign the lease? Those wild numbers are just the beginning. A trademark Focus feature has always been front wheel drive. While not a bad thing by any means, it does make power sliding tricky and dreaded torque steer difficult to avoid. Fret no longer, because this rally machine will be sending power to all four wheels. In fact, the RS is capable of sending up to 70 percent of power to the rear wheels and 100 percent to just one wheel. Genuinely impressive engineering.

Like a sharply tailed suit, the lines of the RS set it apart from the standard Focus models without crossing into overkill. The rear spoiler is tall but not overreaching and the new body kit is more menacing than boy racer. Moving inside, the uncompromising performance meets a very nicely appointed interior. We cannot get enough of the track worthy Recaro seats.

The only unfortunate news: that’s about all that has been released on the 2016 Focus RS. Stay tuned as we certainly will have more on this incredible Ford in the future. For now, check out the gallery below to get a glimpse at our new favorite five door! 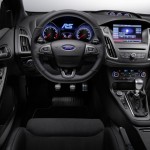 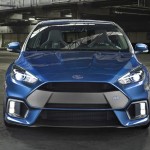 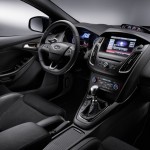 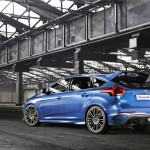 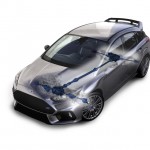 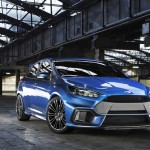