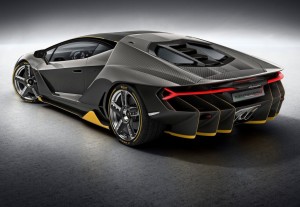 Major international auto shows usually bring a handful of newsworthy reveals. But almost never this many. Geneva 2016 brought so many headline-making announcements it’s difficult to pick just one. So we didn’t. Instead, here are the highlights to know about, a few that might have passed unnoticed and even some that will impact which car you buy next (for our uber-wealthy readers). Let’s get started…. 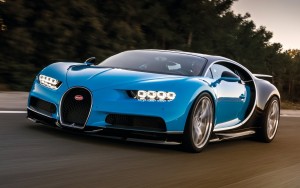 Might as well begin with the release that brought all auto news to a standstill. With VW’s never-ending diesel nightmare, it seemed reasonable that the Veyron successor might be postponed for some time. Turns out, not so much. The Chiron is here, and along with it some startling numbers. Top speed of 261 mph, 0-60 in sub-2.5, an 8.0L W16 making 1,478 hp, four turbos…pick a stat. They’re all ludicrous.

The bad news: to acquire this beauty you’ll need $2.5 million, some connections inside Bugatti and (probably) a previously purchased Veyron. Pretty tall order, but exactly what you’d expect for the world’s most powerful production car. 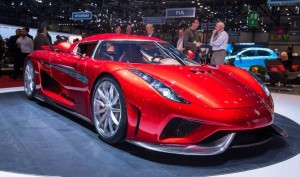 …or is it the most powerful? Not if our favorite Sweedish supercar maker has anything to say. In what seemed like seconds after the Chiron’s reveal, Koenigsegg took the wraps off the 1,500 hp Regera. Not only does this Agera replacement make equal power to the Chiron, but according to Koenigsegg, weights a solid 1,000 pounds less. That leads to some bold (but believable) performance claims of 0-124 mph in 6.6 seconds, 0-186 in 10.9 and 0-248 in 20 flat. Top speed and cost? Both remain classified. But expect each to be right up there with, if not slightly beyond, the French rival. 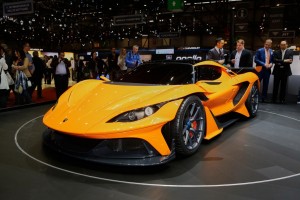 It was a truly sad day when Apollo (aka Gumpert) died. The German supercar maker had a habit of producing some of the most wonderfully brutal sports cars money could buy. Geneva brought some incredible news: they’re back, and based on their return car, more speed-obsessed than ever. Enter the Arrow, a 1,000 hp missile that weights in at a remarkably light 2,866 pounds. For comparison, that’s a full 1,500 pounds off of the Chiron. As a result, expect 0-60 in 2.9 and a top speed of 223 mph. The Arrow could be the dark horse here, as it’s slower than both the Bug’ and Regera, but will likely have something extra around corners. Welcome back, Apollo. We missed you. 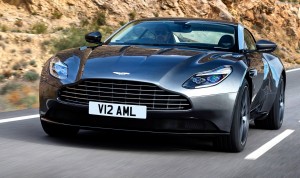 Aston’s are always beautiful. Sometimes, almost unbelievably so (looking at you, DBS). Thus, when a new one is revealed, expectations are understandably high. With the latest creation, the DB9-replacing DB11, there’s some debate about its beauty credentials. Almost all agree the front is typical Aston perfection. It’s the side and rear profiles that haven’t been quite as convincing. In our humble opinion, it’s absolutely gorgeous. Plus, with a twin-turbo, 600 hp, 5.2L V12 under the hood, this easily meets both beauty and beast criteria. Beautifully done, Aston. As usual. 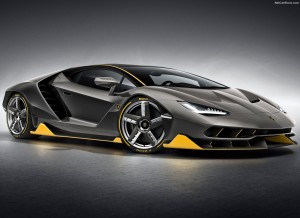 If Aston’s are always the most beautiful, then Lamborghini’s are always the most bat you-know-what insane. If they’re not completely off the chain, they’re not proper Lambos. Which, considering how relatively tame some of the brand’s recent creations have been, left us a little worried about the Centenario. This after all is no ordinary car. It’s Lamborghini’s way of commemorating what would-have been Ferruccio Lamborghini’s 100th birthday. Thankfully, those worries were completely unfounded. The Centenario is properly, perfectly outrageous.

In essence, it’s a wildly reworked Aventador (no really, even by Lambo standards, it’s wild). Performance has been dialed up, with the naturally aspirated V12 now slamming 770 Italian stallions to all four wheels. Forty will be made in all, evenly divided between coupes and roadsters. Because the only way to make this multi-million dollar bull more anti-social is to take the roof off.

There’s not much else to say other than Ferruccio would be proud. Compliments don’t get much more flattering.

Which of these stunners would find a home in your garage? Let us know on our Facebook and Twitter channels!