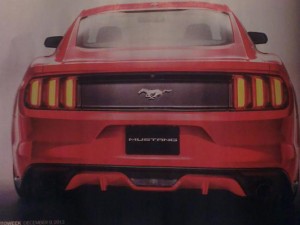 In the world of automotive models, new releases happen around the globe on a nearly monthly basis. A truly stunning or game changing introduction to the market has become gradually less common as the world has grown smaller. Yet, every once in a while, a redesign can take the automotive press and car fans the globe over by storm. With the revealing of the 2015 Ford Mustang, just such an occurrence has taken place.

The pony car has been on an interesting evolution ever since the retro design came back in the early 2000’s. The next step aims to take the ‘Stang firmly into the age of next generation muscle cars. The flat front end is replaced by a slightly more shapely nose with sharper, more aggressive headlights. For those who follow the blue oval, it shouldn’t be much of a surprise to see the Fusion-like grill find its way to this design. In an interesting touch, the three running lights in the headlights may be an homage back to the ‘fins’ present on the light surrounds of the ’65 model. 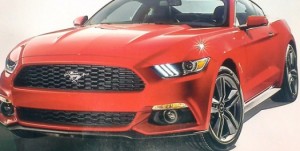 Very little besides leaked photos is known at this point. Increasingly strong rumors suggest that the 2015 pony may just have an independent rear suspension (IRS). This would replace the live rear axel that has been a fixture on Mustangs for quite a few years. It may sound like a break from tradition but that doesn’t necessarily mean it is a bad thing. With the exception of heavy duty cargo trucks, very few cars on the road feature a solid rear axel. With the introduction of an IRS, the handling characteristics may improve beyond dramatically from the last generation. In every way, this looks to be more revolution than evolution of design and soul.

Perhaps the most obvious change is the reintroduction of the fast back style. The greenhouse tapers off more aggressively than the last gen, leaving a more distinctive profile and quite possibly larger, more sculpted rear hips. Practically no performance or pricing information has been released. Stay tuned to the automotive press as we approach the Detroit International Auto Show in January.