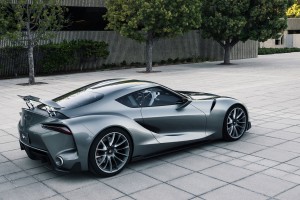 United States Domestic Market. Japanese Domestic Market. Together, these two areas represent a huge portion of the car enthusiast crowd. Not surprisingly, when two such differently minded but equally passionate fanbases come together, it’s the start of timeless rivalries. Starting largely in the ’80’s, that competition has led to and produced some of the best sports cars of all time. Thought this “friendly” rivalry has been on ice for a while, it’s quickly looking like this cold war is about to get hot again.

A one sided contest isn’t much of a game. That pretty much describes the balance of power over the last few decades. While Mustang after Mustang and increasingly potent Camaros see the light of day, the other side of the ocean seems to have backed off. The 2JZ Supra is long dead, along with the RX-7, NSX and freshly-killed Evo. True, some greatest hits and newcomers remain in showrooms. Unfortunately, some badly needed updates are still waiting. The STI looks underpowered next to Focus RS numbers, and while the 86 twins are fun in the twisties, they aren’t exactly the last word in outright speed. Basically, USDM vs JDM became for used cars only.

To our utter, pure joy, that may all be about to change. 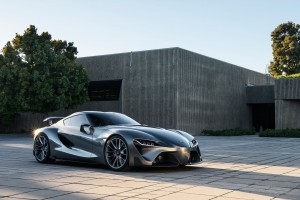 The first positive indication came with the Supr….errr….Toyota FT-1 Concept. Ignore the somewhat innocuous name, trust us, it’s the next Supra. For decades car fans the world over have been pleading with Toyota to bring back the legend. The result: a nice, full, big tub of nothing. Yet, with the FT-1, Toyota seems to be preparing JDM fans for the long awaited return. In an even more interesting twist, it may be the result of a partnership with BMW. What’s BMW recently become known for making well? Twin-turbo straight six engines (read: M4). What powered the original Supra? Exactly. You firmly have our attention, Toyota. Now just build the car already.

In case the rebirth of one Japanese legend wasn’t enough, Mazda stunned every single one of us last week when it pulled the wraps off the RX-Vision. Unlike the FT-1, there are no veiled references here. From the overall shape to the taillights, subtle reminders of pop-up lamps up front and fighter-jet interior, there’s no mistaking the RX-Vision’s purpose. This is the successor to the RX-7 (likely named RX-9). With the exception of knowing a rotary engine lies underneath, there’s no info to give at the moment. Stay tuned though, we’re betting more and more realistic versions of this concept will be headed our way shortly. 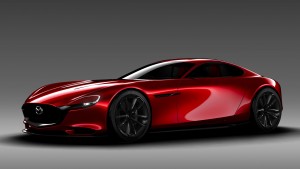 So a new Supra (kinda sorta maybe) and the reborn RX-7 (almost definitely). Anything else major on the horizon? Assuming Subaru wants to remain a class leader, look for a substantially more potent FA20-powered STI to take the fight to the Focus RS. Plus, if we really want to engage in wishful thinking, just maybe we’ll see factory turbos added to the BRZ/FR-S. Hey, an auto journalist can dream.

For hardcore USDM fans, it might be easy to dismiss all of that or not care entirely. But keep in mind, if the JDM sports car market suddenly starts coming on awfully strong, the pressure could quickly find its way to domestic automakers. The result: more sports and muscle cars for everybody (insert many, many smiley faces here). How would this be for a round of head-to-heads:

Years ago, those thoughts would be cast away as soon as they crossed our minds. Just a little too good to even entertain. With a little luck, in a few more years time, those are the very rivalries we may be discussing. What a wonderful, wonderful world that would be.