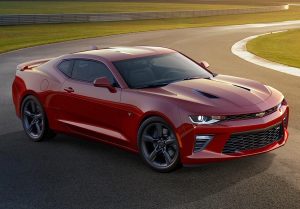 Since the start of the Mustang’s production more than 50 years ago, Chevy has been vying for part of the pony car’s market share. The Camaro has always been a formidable opponent, but within the past five years, it moved from playing catch-up to redefining just what a muscle car can be. With the 2016 SS, not only does it give the Mustang a huge run for its money, but it’s now chasing sports cars at twice the price. Just how quick is the all-new Camaro? Here are six of our favorite stats…

Any muscle car that can whip to 60 mph in the four second range is quick. But not for the Camaro. Spec’d with the six-speed manual, the LT1-powered SS hits 60 in four seconds. In case you’re looking for true ballistic missile acceleration, you can order the 8-speed auto and clock the same speed in 3.8. Three point eight seconds. In a Camaro. For reference, that matches the 0-60 sprint of the 2008 Ferrari F430. Not bad, considering it ran for $173,079 at launch. It’s an astonishing value when you consider the Camaro is a mere $140,000 discount. The Camaro’s 60 dash doesn’t just destroy the Mustang GT, it poses a serious threat to full-on sports cars. 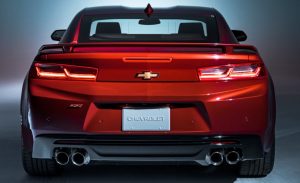 And no, that bionic speed doesn’t let up once the needle crosses the speed limit. Keep it going for a 1/4-mile and it’ll all be over in 12.4 seconds. To compare, the base, turbocharged 2017 Porsche 911, at three times the price, hits at the same time. Unfortunately for the Mustang faithful, you’ll need to grab a GT350 to come close to challenging the Camaro SS. Even the hugely impressive Hellcat (with a manual) will need a good launch to keep pace.

As in Motor Trend’s figure eight. For decades, Motor Trend has been putting cars around its figure eight course and recording lap times. It’s a solid indication of roadholding prowess and how a car can put down its power. The 2016 CTS-V, Lexus RC-F, Golf R, Mercedes-AMG C63 S….the Camaro SS is as quick or faster than all of the above. Those are all a) not muscle cars b) more expensive (in some cases significantly so) and c) designed to handle above all else. And yet, the brash Camaro either matches or takes them to school around a corner. Pretty impressive, if not shocking. 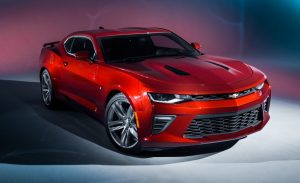 First, kids, absolutely do not try this on public roads. Race track test only. Second, that’s obnoxiously fast, blitzing past the Mustang GT’s 10.5 second time. That’s awfully close to CTS-V times and will blow past an ATS-V, C63 S and Cayman GT4. It’s becoming increasingly clear that the 2016 SS is having a bit of a GT-R moment from when it first came out. Yes, it’s miles faster than its price related competition. But this pony has far more ambitious targets, which it seems to have little trouble dismissing.

Doesn’t take much explanation to detail why those figures are rather special. Beyond being approx. 30 hp and 55 lb-ft torque more than the Mustang, those numbers simply annihilate overseas competitors like the WRX STI, Golf R, BMW M235i, Porsche 911 or Audi S4. Best of all, unlike previous muscle cars, this Camaro is remarkably good at efficiently using every one of those ponies. 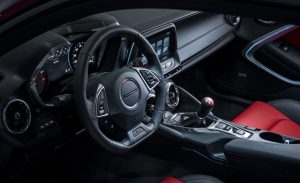 That’s right. All of that performance, plus a reasonably well-trimmed interior, can be yours for well under $35k. Throw in the astonishingly good dual mode exhaust, along with tax/title/delivery, and you’re looking at $38k. That’s the performance deal of the millennium. You’ll need another $10k just to enter GT350 territory, which is the closest muscle car in terms of performance.

Regardless of which stat you find most appealing, one overarching fact remains: the 2016 Camaro SS is likely the best muscle car we’ll have until the ZL1 hits pavement. With the ATS-V’s beautifully balanced chassis and Corvette Stingray’s LT1 small block gem, there’s only one thing we can’t figure out: why there isn’t one in our garage. Yet.