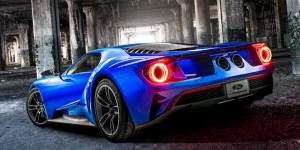 Happy New Year!! If your year was like ours, it’s hard to believe 2015 is already behind us. From the Hellcat to Ford GT, Focus RS, GT350R and much more, the last 12 months brought a plethora of highlights to the automotive world. Looking towards 2016, new releases and long awaited reveals seem poised to continue. Here are a few things we’re hoping for over the next 365 days… 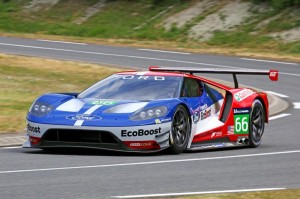 In 1965, Ford pulled one of the greatest upsets in the history of motorsports. After old man Ferrari pulled the rug out from Ford’s purchase of the legendary marque, Henry Ford III vowed revenge. With a series of victories at the ultimate race, the 24 Hours of LeMans, he achieved that sweet success tenfold. After those triumphs, Ford’s racing programs were focused elsewhere and the GT40 eventually retired from the track.

Fifty years later, both the Blue Oval and GT are set to return to the track where they wrote history. Although they won’t be competing for top honors in the LMP1 class, the race version of the GT will be resurrecting the Ford vs. Ferrari rivalry by challenging the 458 GTE in the LM GTE Pro Class. No matter what the result, it’ll be a thrill to see a factory GT racing effort return to Circuit de la Sarthe.

In the never-ending pony car wars, the battle for supremacy is always in a state of flux. With the GT350R taking it to the outgoing Camaro, Ford has gained the upper-hand. Fear not, Bow Tie fans. Since Chevy has already unveiled the next-gen Camaro, it’s assumed the refreshed Z/28 won’t be far behind. Considering just how good the current Z/28 is, a lighter, more focused version should be more than ready to take the fight to the GT350 and GT350R. That’s a comparison test we greatly anticipate. 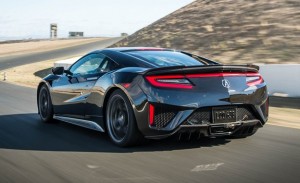 Oh Acura, why do you tease us so? For what seems like a mild eternity, the Japanese sport-luxury brand has been releasing, re-releasing and re-re-releasing NSX concepts, each promising to be the production version. Now slated for a model year of 2017, we maybe might hopefully please oh please will be seeing the NSX on the road. Will it be worth the wait? That’s hard to tell. But at this point, we don’t even care. Just build it already. As for living up to expectations, we’ll cross that bridge once it’s ready for dealer lots. 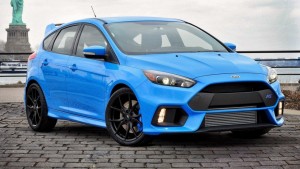 We’re not doing the best job of disguising our love for high-performance Fords but who can blame us? This year was full of announcements from the brand. Among the most biggest was the reveal of the Focus RS. Given a model year of 2016, we’re quickly closing in on getting our hands on the hottest of hot hatches. Subaru WRX STI, you’ve been warned.

At the 2015 SEMA show, FCA unveiled there will soon be a number of new Dodge AWD models, including the Challenger. Although it’s pure speculation, we can’t help but anticipate what a Hellcat putting power to all four wheels would be like. Think a USDM GT-R, but approaching 100% more power. With the right tires and a mile tune, a stock-ish Hellcat can put down a 10-second 1/4 mile. We can only imagine what kind of numbers an AWD variant would produce.

6. The Rise of Production Carbon Fiber 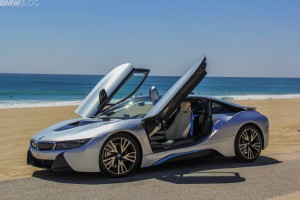 Even just a few years ago, carbon fiber, especially full vehicle tub construction, was reserved for the most expensive supercars. As the technology has become more cost-effective, more mainstream automakers are beginning to implement it in large scale production. Most recently, BMW used it in the i8 hybrid supercar and the sub-$50,000 i3. Should that trend continue, it won’t be long before the ultra-light composite is introduced to mass production. Hopefully, we’ll see substantial progress made in that direction this year.