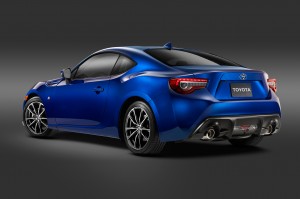 The New York Auto Show is right around the corner and one of it’s most headline-grabbing cars has already been unveiled: the 2017 Toyota 86 (read: FR-S replacement). With the automotive press begging for the car to get more power since its 2013 debut, the 2017 model seemed to barely meet that request with five more hp and lb-ft. torque. While that seems underpowered, no one ever seems to discuss what’s the right horsepower figure to aim for. Let’s explore a little….

One of the biggest reasons the 86 takes heat for only 205 hp is that the chassis is incredibly capable. Unlike the Miata (aka body roll for days), the 86/BRZ twins have proven to easily handle another 50 wheel horsepower on stock suspension. Even 100 extra ponies are at home with factory components provided the tires are upgraded. 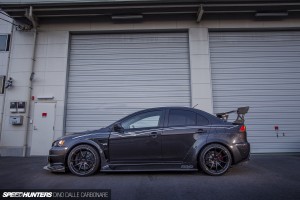 How much would it take to round out the 86 without going into overkill? Not much. Yours truly recently experienced an Edelbrock supercharged FR-S, and believe me, even just 70 hp more takes the twins from charming to brutally capable.

That begs the question: is there one horsepower figure that is best for sports car makers to aim for? In large part, that depends on the chassis, weight of the car, engine placement, etc. For example, dropping the 650 hp V8 from the C7 Z06 into a BRZ would wildly overwhelm the car. Heck, it wildly overwhelms the Z06. But throw that power level into a four wheel drive machine like a WRX STi or Evo X and it’s significantly more manageable (and usable).

Regardless of the platform, 200 hp really is pretty underpowered. For light cars (light being in the 2,500 t0 2,900 pound range), anything from 250-275 provides an outstanding power-to-weight ratio. As the curb weight rises, power should move up accordingly. The 450 hp Mustang GT is more than able to move its hefty 3,700 lbs. around in blistering times. Having said that, we’d gladly sacrifice 50 of those horsepower for a 500 pound diet. 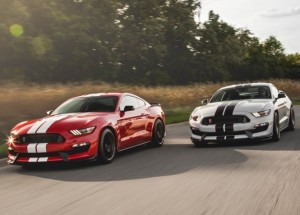 Our dream formula is pretty straightforward yet isn’t all that common: lightweight, rear wheel drive coupe with a healthy but not obnoxious power figure. While it’s not exactly light, there is one car that seems to meet that formula relatively dead on: the new GT350R. Again, 3,700 pounds is a bit much, but when it’s met by 526 hp, it feels like a completely different animal than the standard GT. Center of gravity is lower, too, which contributes to the GT350 feeling remarkably grounded.

The horsepower number is on the steep side, but thanks to beautifully tuned suspension and predictable power delivery, it rarely crosses the line into too much. The Z06 delivers endless power but never seems able to keep the rear in line. Thanks to a little less oomph and a buttoned down tail, the GT350R avoids that Achilles heel. Very, very fast but highly usable and enjoyable at the same time.

So, with all of that in mind, what numbers do we recommend? Sorry FWD fans, but thanks to torque steer, anything over 290 starts to become a little ridiculous. Assuming the chassis and suspension are up to snuff, RWD offers a wide range but is at its most enjoyable between 350-600 ponies. Anything less than 300 will leave you likely wanting more while going much over 600 quickly enters nonstop-expletive territory. As for AWD, as long as the setup is right, the sky is virtually the limit. Even 900 hp Evos have proven to be relatively (big time emphasis on relatively) controllable.

Ultimately, it comes down to what you feel more comfortable controlling. For some, the 205 hp Toyota 86 may very well be more than enough. For others, a 526 hp GT350R is a little more in the ballpark. You can probably guess where we tend to lean.

What do you think is the ideal horsepower figure? Let us know on our Facebook and Twitter pages!