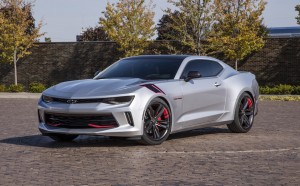 Ford. Chevrolet. Mopar. These brands have always produced some interesting sport, muscle and pony cars. In the last couple of years, however, the game seems to have stepped up quickly. The new Mustang GT350R, Corvette Z06 and Hellcat have raised the bar dramatically, challenging the notion that the glory days are best reserved for Norman Rockwell paintings. And that bar is about to be raised a whole lot more, because all three brands have a ton in store for SEMA. 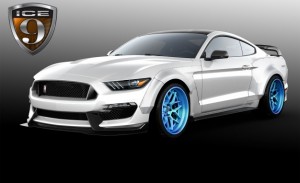 We’re pretty spoiled when it comes to new Mustang selection. Be it V6, EcoBoost, GT, GT350 or GT350R, the scale goes from good to expletive-inducing perfect. To make things worse, Ford is bringing eight beautifully modified pony cars to SEMA this year. Whatever your taste is when it comes to modifications, odds are you’ll find something to love in the mix. Unless you like mild additions, because even for us, these are some pretty insane builds (cue massive smile here).

Case in point: the most discreet looking of the bunch drops a Hellcat-taming 727 horses to the crankshaft. One of the wildest (the pictured example), features a beautifully sculpted widebody kit and GT350R replica bumpers. There’s even a pretend patrol car (we’re pretty happy about the pretend part). 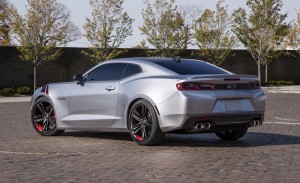 Through its evolution, the Camaro has become an increasingly good looking car. Clearly Chevy thinks it can be made even better (we agree). With the Redline concepts announced for SEMA this year, we’re getting a sneak-peak at some cosmetic and performance packages that will soon be available for Camaro, Malibu and Sonic RS owners. More cars may be planned, but we at least know of those for sure. Highlights include aero kits, body graphics, suspension upgrades, brake kits, improved intakes and more.

For now all we have are high-level details and incredibly enticing photos. Once the show gets underway, we look forward to bringing you much more specific info.

Mopar Goes All In 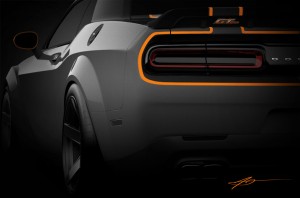 Mopar really, really seems to like big numbers. We experienced it first with the Viper’s ferocious V10, then with the satanic 707-hp Hellcat. Time for another eye-watering stat: Mopar is bringing twenty(ish) cars to SEMA. Twenty. That’s sort of like them bringing eight, except it’s twenty. Unfortunately, we don’t know much more than that, except for a few preview shots. Our best guess for the biggest reveal: expect AWD Challenger, Charger and 300C models to be announced. Other vehicles will likely include highly modified Rams, 300C’s and a rumored Fiat 500X.

We’re not sure what else to expect, but with ‘nearly twenty’ cars ready to fill the Mopar booth, it’s going to be a very interesting show.