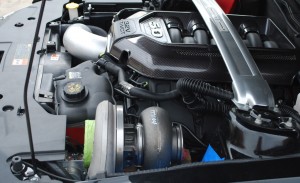 Having a turbocharged performance car is an incredible thing. While nothing is wrong with natural aspiration, there’s something utterly addictive about letting off the throttle and hearing turbo flutter loud enough to wake the neighbors. Even turbo lag, often considered the enemy of blown cars, can be enjoyable in its own right. However, adjusting boost is an under-appreciated art form. To make life easier, we’ve put together a few tips…. 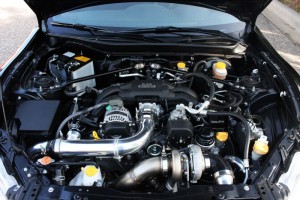 Buying a turbocharged car from the factory is a beautiful thing. Since a number of the internals are designed to handle added compression, its relatively easy to add power. That’s in part why it’s not that uncommon to come across 600+ hp Toyota Supras. When it comes to naturally aspirated cars, it’s a different story. While a turbo car making 300 hp likely isn’t putting much stress on the engine, an N/A engine making the same power demands far more. For example, the turbocharged, FA-powered WRX delivers a compression ratio of 10.5:1. The BRZ, using the same engine sans turbo, runs around 12.5:1.

That discrepancy might not sound substantial, but it’s the difference between being able to run 19 PSI safely and pushing the limits at seven. Before cranking the boost, whether naturally aspirated or forced induction, do some basic research on your engine’s compression ratio, the strength of the internals and what it can safely handle. If you decide to be Chuck Yeager and see just how far you can push an untested engine, you’re probably going to have a bad time. 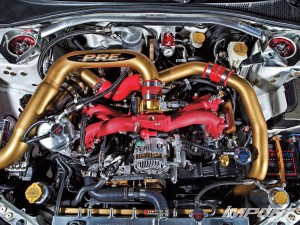 Before starting on a project car, especially if it involves forced induction, have a game plan of exactly how far you want things to go. When adding one bolt-on at a time, it’s easy for a fairly mild build to become a performance animal. Should that build also be your daily driver, the kind you rely on to get to work, reliability could become a very real issue.

Yours truly has a friend running a built VW that puts 500 hp to the wheels, with the potential for 700 at 40 PSI. It’s beyond insane and probably wouldn’t be the most commute-friendly car ever made. Which explains why he also has a mildly-tuned Mk7 GTI daily. We’re huge fans of full builds, but highly recommend factoring in a second, reliable car into your budget. Have a second ride ready to go should your race car need some work? Experimenting with higher boost levels might be viable. Relying on your build as your sole transportation? We don’t recommend seeing just how high the boost gauge can go.

Boosted Engine, Meet Stock Everything Else

When you crank boost, your engine is suddenly delivering significantly more power very quickly. Even if your internals are more than ready, your transmission, suspension and tires might not be. Though it’s tempting to spend every dime on power, make some room for an upgraded clutch, tires and possibly more (depending on your power goals). A balanced build not only is far more rewarding to drive, but can also be a huge cost saver. Buying an Exedy stage 2 clutch? Not cheap. Replacing a blown transmission. Really, really, really not cheap.

The same goes for cooling. Running high boost levels will have your induction system, not just the turbo, subjected to higher sustained operating temperatures. To avoid any catastrophic failures, we suggest going for a solid temp gauge, adding radiator fans and a heavy duty intercooler.

Budgeting a little more for those components not only makes financial sense, but it’s also an outstanding excuse to spend that much more on your dream build.