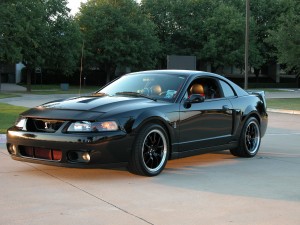 It’s hard to deny it: the 90’s were a pretty great time. SVT Mustang Cobras, Nirvanna, 2JZ Supras, PlayStation 1…what a decade. While the 80’s may have been a little brutal to cars, the following ten years seemed to bring back some of the lost magic. In the process, we got to experience some of the greatest sports cars ever made. Now more than a decade and a half into the new millennium, it’s time for that 1990’s glory to return.

It literally didn’t matter what kind of cars you were into, that was a decade boiling over with potential. With Terminator engines, slamming 800 hp to the ground in an SVT Cobra became increasingly easy. The 90’s Evos were beautifully raw performers on any terrain and we’ve concluded it’s impossible to dislike the Bronco. So here’s a question: why aren’t we looking back at 2000-2010 cars the same way? What is it about the years 1990-2000 that produced neo-classics?

After doing some research (and getting scary close to making some irresponsible decisions on Ebay Motors), three answers keep coming back: size, weight and sophistication. All three have gone up dramatically in the car market over the past 15 years. Basically cars have become large, heavy and very tech savvy. And there’s only one thing to blame: car buyers. 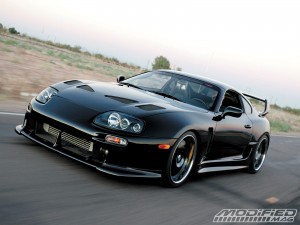 Hard to believe as it is, consumers are a pretty demanding bunch. Most like heated seats, navigation, advanced climate control, all sorts of blind spot detection and cameras, a quiet interior and much, much, oh so much more. As a result, car markers offer all of the above and then, to stay competitive, offer even more. That’s a vicious cycle. Case-in-point: every journalist who has driven a GT86 twin compliments it’s svelte 2,700 lbs weight. Sounds crazy light (read: 2016 Escalade is 3,115 ticks more). By comparison, a lightweight of the ’90s, the third gen MR2, was barely 2,100 pounds.

Overall vehicle length has gone up as well, right along with center of gravity. This may shock some of you, but as it turns out, heavier, bigger and more top heavy machines are not as fun to drive as lighter, smaller, more nimble ones. That fact has almost everything to do with why a 2JZ Supra is king and nobody cares about the RC-F. Ok, so that’s not exactly factual, but you get what we’re on about.

The discrepancies don’t end there. As technology has become a bigger part of our lives, its importance in our vehicles has as well. For example, the 2016 WRX STI can be ordered with blind spot detection, a backup camera and Harmon Kardon sound system. In a WRX STI. That’s Maybach luxury compared to what its 1990’s brothers featured. Here’s a shocker: the new STI weighs more than the 90’s versions. Turns out, quite a lot more. Around the 668 lbs neighborhood. Not-so-delicate sarcasm aside, that’s pretty dramatic. 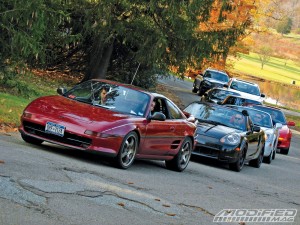 A portion of that gain is certainly acceptable. Cars should always be getting safer and there’s a weight penalty for that. But adding on half a ton or more in two decades seems like it’s pushing it. Here’s the great news: we can stem the tide. How? By showing automakers we want light, fun, powerful cars. But how do we do that? We’ll let you in on a secret: BY BUYING THEM.

The BRZ/FR-S sold pretty well at the start, but now seem to have numbers in free fall. The Chevy SS is an outstandingly pure sport sedan. GM managed to shift a whole 2,479 of those in all of 2014. Surely Lotus, maker of reasonably priced, lightweight, endless smiles-per-hour cars is doing ok? Yeah they solid 112 cars. Not yesterday. Not last week. Not even last month. That’s for all of 2014. One hundred twelve cars. In twelve months. Not awesome. All of which tells automakers that cheap(ish), simple, fun to drive cars just aren’t in demand anymore.

We badly want those ’90s cars back. You badly want those ’90s cars back. So how about we make it happen? When automakers come out with sporty, lightweight cars, maybe instead of choosing to slam limited power, not edgy-enough looks or missing tech toys, we, ya know, praise them. Or, dare we say it, buy them. The little fixes can be made over time. It’s encouraging the pure sports car concept/idea that matters most.

Not everything from the ’90s was awesome (looking at you, Nickelback). But some of those cars are absolute legends. And it’s time for us to bring that magic back. Crank up Teen Spirit, untuck the shirt, answer every phone call with “WASSUP” and while you’re at it, grab the next lightweight Mustang or Camaro special. It’s time to show car makers what we want in the future. It just so happens the future was in ’95.