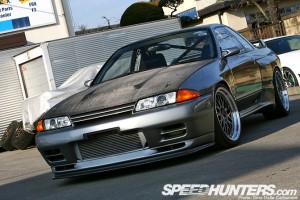 For a variety of reasons, we’re not always allowed to have nice things. Nissan GT-Rs, S15 Silvias, practically any desirable Lancia, early Focus RS’s….the list is long and distinguished. However, as a number of those models approach the quarter century mark, importing them becomes considerably easier. What’s involved in that process and what are the do’s and don’ts? Here’s your quick reference guide!

First up, an explanation of the now infamous 25 year rule. Sports cars that are banned from importation to the U.S. usually don’t comply with one or more safety and/or emissions regulations. That doesn’t necessarily mean a Nissan GT-R34 isn’t safe, but rather has not been tested according to U.S. standards. Ignoring these legal restrictions and importing a grey market car anyway can result in huge consequences. Worst case scenario? You go to jail with a felony, your car is crushed and you face a massive fine. Basically, it’s not awesome.

Yet, for reasons a little beyond understanding, the second a car passes 25 years of age, it suddenly can be imported regardless of regulations that previously made it illegal. It really is that simple. If it’s 25 years or older, you can legally import a huge spectrum of cars that, at 24 years of age, were a criminal offense. Don’t ask us why, that’s just how it works.

Bringing an Import Home: Do This 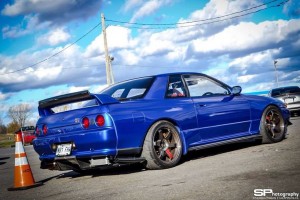 Few cars earned more attention at 25 than did the GT-R32. As a now legal import, bringing in what many identify as the purest Skyline has become a very attainable reality. Unfortunately, that reality has one sharp downside: you’ll be importing a twenty five year old car, typically with little service history, high milage and without a test drive. To minimize risk, there are two ways to best go about it. Option A: Phone a friend. Option B: Go through a respected importer.

If you happen to know someone in Europe or Japan who has time to kill (and is well versed in all things car), have them check out prospects way before they get to the dock. As Jalopnik’s Doug Demuro found out, the first car you come across probably won’t be the one. In fact, get ready for a multi-month process of trial and error.

Should that not sound appealing, you can also work with a respected importer. There are a number of companies that specialize in finding quality 25 year old imports and bringing them in for a service fee. You’ll still need to be diligent about making sure numbers match, all is as it seems, etc. But for the most part, you’ll avoid the headache of finding a car in Europe or Japan. Plus, and this is a big one, you’ll be able to test drive before signing the check.

Bringing an Import Home: Don’t Do This 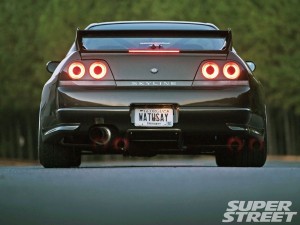 To be perfectly clear, we do not endorse nor recommend bringing in a car outside of legal channels. Having said that, there are a surprising number of people who try to bring in cars illegally. The most time honored process follows the logic that customs cannot possibly check every crate, nor has great expertise in car models. Thus, if you register your Nissan GT-R33 as a Toyota Camry, there’s a decent chance it could make it into the U.S. of A.

That’s problematic for a number of reasons. First, you’ve technically violated federal customs laws, which is a big deal. Second, if you run across a cop who knows the difference between a GT-R33 and a Camry, you’ve had it.

What About Show and Shine?

When the Porsche 959 came out, Bill Gates really, really wanted one. Since it was currently banned, he lobbied hard enough to get congress to pass the legislation now known as the Show and Shine Exemption. This basically states that if you import an illegal car strictly for show or display usage, you (possibly) can drive it on public roads. The catch: relatively few vehicles qualify for this loophole and those that do cannot pass 2,500 miles in 12 months.

And yes, they absolutely check. A few years ago, a Skyline club on the east coast got into the habit of importing GT-Rs for Show and Shine. Guess what? They were being driven way more than was reported. The ringleaders were charged with serious crimes and every one of the illegal cars was crushed. That’s pretty much the nightmare scenario.

With all of that in mind, the easiest route is to wait out the 25 years and then work with a respected importer. Hop on your local forums to see who has imported using which dealership, how successful they were, the state of the car, etc. Once you have a solid shop locked down, work with them to find the right classic import for you. Not only will it be completely legal but you’ll avoid the sheer headache of the above.

That is of course, unless you want to fly out to Europe or Japan to check out prospects for yourself. In which case, feel free to save a seat for us.