Godzilla. Perhaps no other car has been so immediately and synonymously identified with the monster as the Nissan GT-R35. When it first arrived in 2008, the GT-R very quickly made itself known as the stuff of supercar nightmares. In defiance of everything we know about physics, the 3.6L V6 could haul 3,840 lbs. from 0-60 in 3.5 seconds and simply obliterate corners. All for a scarcely believable $69,850. Performance of hypercars for fractions of the price. But, nearly ten years on, is it still a bargain?

Year over year car prices almost always increase slightly. What they don’t typically do is climb 35% in five years. By 2012, that’s what had happened to the GT-R price tag, flying from $70k to very nearly $100k. With the 2017 model, the sticker shock hasn’t exactly stopped. Get ready to shell out a fairly stunning $111,585 for the latest iteration of the beast. Yet, even with that sharp increase over the 2008’s going rate, we think it’s still the steal of the century. 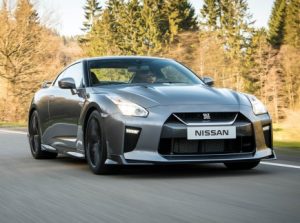 Sure, 0-60 in 3.5 seconds is fast. Ok, that’s a lie, it’s brutally fast. The impressiveness of that number has not changed in the last nine years. Which makes the fact that the 2017 does the same in 2.9 seconds mind numbing. It’ll also run the 1/4-mile in 11.1 seconds and keep pace all the way up to a top speed of 195 mph. So it’s faster than the cheap-by-comparison older model. But unlike previous GT-R facelifts and model updates, speed is only half the story with the 2017.

Fast as it is, the Nissan never really had what you’d call a pleasant interior. It’s cramped, plastics are noticeably present and it could get a bit noisy. More off-putting to consumers, however, was the sheer roughness of the thing. Even in its softest settings, the GT-R could still be overly firm in the right situations. “Well yes, that’s the price you pay for performance” you might be thinking. Unfortunately for Nissan, it’s definitely not the price you pay with a BMW M3 or Porsche 911, which while slower, are far better GT cars. 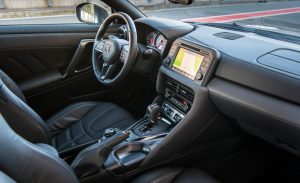 That is, until 2017. This latest GT-R truly has gone above and beyond in justifying its increased price. Forget cheap materials. The interior is now flush with leather, carbon fiber, aluminum and high-quality metals. Though more functions have been added for infotainment and driving settings, button count has gone from 27 to 11, a hugely welcome change. Even interior noise has been reduced thanks to Bose active noise cancelling technology. You’ll still have no trouble hearing the twin-turbo V6, but road noise has been (thankfully) toned down.

Putting it all together, what you have is a faster GT-R with a more comfortable ride, miles better interior, sharper exterior elements and time-travel cornering speeds. It’s a GT-R but without the GT-R drawbacks. And, even at the increased price, it still handily destroys its rivals. For example, you’ll need another 10th of a second to get to 60 in the all-new Ferrari 488 GTB. Which starts at a mere $131,000 more than the 2017 GT-R.

There’s no question the 2017 GT-R is worth every penny of its new asking price. Put it next to its rivals, and it’s still not difficult to argue the best performance value on the road wears a Nissan badge.