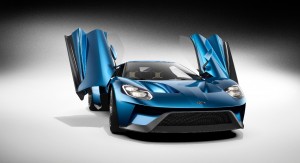 Unless you found a particularly cozy stone to curl up under, you probably have heard about and seen the 2016 Ford GT. As one of the most breathtaking and unexpected supercars in recent memory, the rebirth of the icon has already made quite an impression. Yet, even with the new generation’s striking looks and “600 plus” horsepower, it is the history of the GT that defines its place as an automotive legend. That storied legacy all began with one word: LeMans.

Ford choosing to launch the new GT as a 2016 model is no coincidence. Fifty years ago, Henry Ford II was highly interested in purchasing the dream factory itself: Ferrari. However, with Enzo Ferrari still very much at the helm, taking possession of the Italian marque was much more than a matter of money. After long negotiations, it appeared Ford would add the prancing horse to its stable, only to have the rug pulled out at the last minute.

Ferrari has always had two distinct divisions: road cars on one side, race cars on the other. In fact, Enzo genuinely didn’t care for his company’s street cars nor had any respect for those that purchased them. They were merely a means to an end; the bankroll of the racing division. Thus, when the deal with Ford was reaching an agreement, he indicated he would only sell the road cars. Such an asterisk quickly ended negotiations and left an infuriated Henry Ford II.

President John F. Kennedy once made a great remark, “Forgive your enemies but never forget their names.” It’s safe to say that following the Ferrari purchase fiasco, Ford was determined to return the favor in a place that would hurt Ferrari the most: racing. Raising the stakes, the blue oval would challenge the racing superpower at the most coveted, demanding race in the world: the 24 Hours of LeMans. A taller order made even more treacherous considering Ferrari’s dominance at the race throughout previous years.

Contrary to common belief, the GT (officially named GT40, a reference to its height in inches) did not have immediate success. The first season was disastrous, including the initial try at the 24 Hours involving all three entries retiring. Following dismal results, the program was handed over to one Carroll Shelby. Although difficulties remained, improvements were being made over time, slowly showing progress. 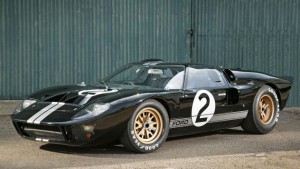 The winning was far from over. In addition to dozens of other highly respected race wins, the GT secured LeMans victories from 1966 through 1969. After years of dominance, time eventually caught up with the GT. However, it managed to achieved legendary status, fame and respect along the way. To this day, Ford remains the first and only American manufacturer to claim an overall victory at LeMans.

That history is what makes the 2016 model year so significant. Although Ford has not officially confirmed it, very strong rumors indicate that the GT will once again compete for the top steps at, what many consider to be, the greatest race in the world. We eagerly await such an announcement.