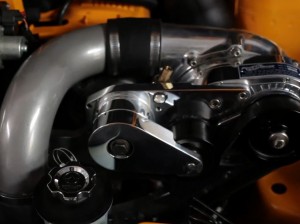 Bolting on simple upgrades to your ride such as exhaust systems, intakes or ECU chips can lead to increases in power. However, if you’re looking for something more substantial, it may be time to look into forced induction. Specifically the turbocharger or supercharger route. Both represent significant advantages along with a few disadvantages that are important to understand before making your decision. 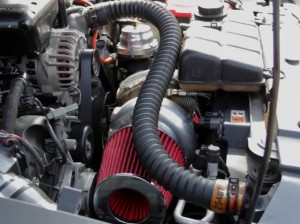 Superchargers are mechanically driven through a belt that is directly connected to the engine. Due to this direct connection, a supercharger is effective at low RPMs and provides instantaneous response. If you’ve ever driven an older turbocharged vehicle, you know the feeling of hitting the throttle only to have nothing happen for several seconds. Supercharging eliminates this problem. Unfortunately  since it is using engine power to operate, superchargers rob horsepower and increase strain. The resulting horsepower overcomes what is taken from the engine, but ultimately superchargers are not as effective as turbochargers.

Ultimately, there are several key considerations that need to be made:

1. Which kits are available for your vehicle

Since adding either component is a large undertaking, you’ll need to look into shops that will install these components either partially or completely for you. Either way you go, you’ll also be looking at high costs for forced induction. 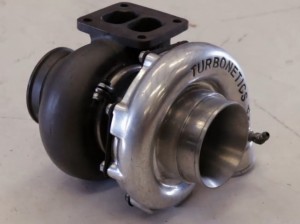 You may also want to consider upgrading your drivetrain. Since forced induction adds stress to these factory components, it is smart to upgrade to parts that can handle greater strain. It is also important to keep your expectations realistic. Certain engine types were designed from the factory to handle significant stress.

Usually these are engines that were designed for forced induction. There have been cases of Toyota Supras with 2JZ engines putting out over 1000+ horsepower with aftermarket turbochargers. This type of power increase can cause serious issues if the engine block and powertrain is not up to handling such massive stress. Usually basic forced induction kits can provide 100+ horsepower gains while ensuring engine safety and daily usability.

For more information check out the eHow Auto Center to see Chris discuss both systems in detail.