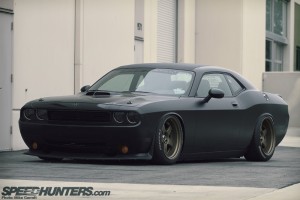 The phrase “Stance Nation” always seems to elicit one of three reactions: never heard of it, love it or hate it. Most trends in the automotive world typically have some middle ground, but stance is incredibly not one of them. Even more surprising is how quickly stance has become a common practice and regular guest at nearly any major car show. Exactly how good or bad is this scrape-on-anything approach for car culture in general? Here’s our take…

First up, we need to get the lexicon straight. Both ‘stance’ and ‘slammed’ get thrown around quite a bit, at times interchangeably. In our humble opinion, ‘stance’ refers to aggressively lowered cars, while ‘slammed’ is the next level, where the car is practically one with the pavement. For this article (and since that’s a wildfire debate all its own), we’ll be referring to all of the above as stanced.

With formalities out of the way, let’s get down to business. There are a number of perfectly valid reasons why stancing is met with either pure love or deep hatred. Based on our experience, one of the top items consistently falls into the “form vs function” camp. As a general rule, stanced cars aren’t particularly effective means of transportation. Minor road imperfections can be serious issues, ride comfort is not a priority, tires are chewed up shockingly fast and handing in general goes out the window. If you respect cars based on their performance potential, then there’s a solid chance you loathe stance.

However, if you judge a car on appearance alone, stance is far more attractive. There’s a reason the latest supercar concepts are always a millimeter off the show floor: when done correctly, it looks phenomenal. Speaking of which, the type of car used also plays a vital role. Stancing a Camry? Hey, why not, right? Didn’t have that much going for it anyway. Bringing a Ferrari 458 to the ground? That’s gong to ruffle some feathers.

Plus. when it’s done with top-shelf parts, stancing isn’t exactly cheap. That’s going to irritate some people who don’t understand why an Evo X with $10k in it is only as-quick as (if not slower than) the stock model. It keeps coming back to style vs. substance and the mindset you prefer. If that’s not going to change, odds are neither is your opinion on the legitimacy of stance nation cars. 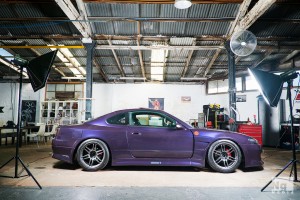 Having said all of that, is this trend a positive or negative for car culture? The answer lies in the response we give it. Ready for some tough love? Even if you spend every waking second of your day despising all that stance stands for, we still need to (at least on some level) welcome it. At the core, it’s just another way of modifying a vehicle to match an owner’s taste. Not a bad thing. Given the fewer and fewer performance cars that are on sale and the sheer amount of vanilla rides we see on the highway each day, it remains a positive when an owner puts time, money and love into his/her vehicle.

Do we all respect the build? Probably not. But we need to respect the passion that is involved. Car culture shouldn’t be defined or regulated based on specific criteria or types of modifications allowed. If you love cars, especially if you’re interested in modifying them, you’re in. End of story. Being hostile toward or even moving away from new modification concepts only serves to diminish the car community, not enhance it.

Are there owners of stanced rides who perfectly fit the stereotype? Naturally, just as there are caricatures for any type of car owner. If we make the decision to judge a car community based on assumptions about the owners, the perceived usefulness of the cars involved and performance potential, then we’re moving in a direction that works only to divide car culture in general. Do we need to like or sing the praises of cars scraping on leaves? Not at all. But taking steps to make every car junkie feel welcome, stance or otherwise, serves to benefit the entire community.