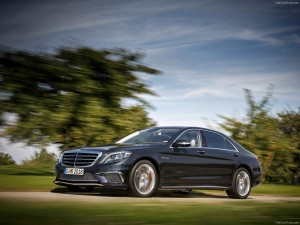 It’s still hard to believe the shocking news that was released this morning: At only 69 years of age, beloved actor Alan Rickman has passed away. He’s known for playing truly prolific characters, such as Professor Snape in the Harry Potter films. We’ll always remember him for his performance as the greatest bad guy of all time: Hans Gruber. As our way of remembering and paying tribute to him, we’ve put together a list of cars we think Mr. Gruber would find fitting.

Of course it’s a Mercedes. In the opening minutes of the greatest action movie ever, we see Hans roll up in a Mercedes sedan. Should he have been more successful, those wheels could have used a serious upgrade. We’re confident the S65 AMG could fit the bill. Absolutely, positively everything about this car is laughably wonderful. It’s one of the most luxurious cars on the market, with Rolls-Royce level amenities and virtually unrivaled technology. It also weights as much as the moon, but here’s the thing: it couldn’t possibly matter less.

Physics simply don’t apply to the S65. Not when there’s a twin turbocharged 6.0L V12 nestled under the hood. That’s good for 621-hp, 738 lb-ft of torque and 0-60 mph in 4.1 seconds. In a car than tips the scales at 4,851 pounds. There are zero downsides to this car. Which makes it tailed made for an equally perfect villain. 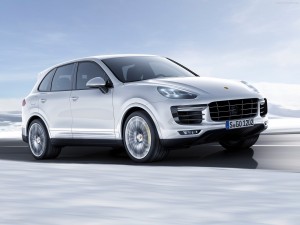 Here us out with this one. When you’re going to relieve someone of $600 million, you’re going to need somewhere to stash it. The back of a $250,000 Benz probably isn’t the most discreet way to go about doing so. With the Porsche, however, you might as well be taking the kids to soccer practice. It’s discreet, has a plethora of cargo space and, should someone get too close for comfort, has a 4.8L V8 making 570 HP. Plus, with comfortable seating for five, you can keep four henchmen with you whenever needed. Not a bad option for the ultimate robbery. 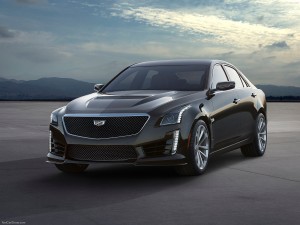 After all is said and done, you’ve transferred the funds to the Cayman Islands and are ready to hop on a private jet for a pristine getaway. Both of the above options are subtle(ish), but for a noted (and incredibly wanted) German felon, rolling in high-brow machines from his native country is a touch obvious. So, why not go for one that offers nearly as much performance without the suspicion? Cue the CTS-V. It can still seat five, still has a large trunk for storing…..things and is still stupidly quick.

Should a Crown Vic be giving the getaway car a little too much love, the 6.2L V8 making 640-hp will dispense of it without trying very hard. Plus, even though it’s not from Deutschland, it still oozes with the right kind of class. 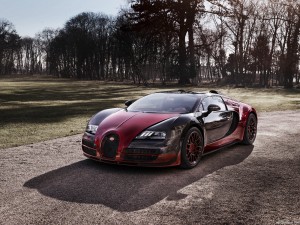 Once safely away from the FBI and other interested parties, Mr. Gruber can finally spend some of that well-stolen cash. Knowing Hans, like any hundred-millionaire who can recognize John Phillips suits, the run of the mill Ferrari won’t do. Nor will the “average” Bugatti Veyron. No no. He’d want something truly special, such as the final edition of the fastest road going car ever made.

Known as the La Finale, this Bugatti features a bite-the-back-of-your-hand beautiful interior with every inch hand made. The exterior, while stunning, manages to radiate menace, with black carbon-fiber juxtaposed with deep red contrasts. Oh, and since it’s based on the Super Sport, it has 1,200-hp and will hit 268-mph (derestricted). Rarest of the rare, highest of styles and faster than anything else on the road. We couldn’t imagine a better match for our all-time favorite bad guy.