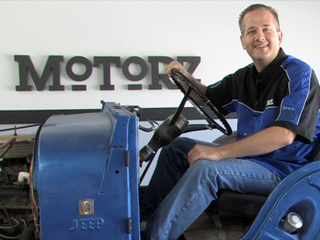 Chris Duke from Motorz TV shows you how to remove various parts of the new Motorz project vehicle, “Blue Dog” (a 1968 Jeep CJ5), for rebuild.

This season 4 premiere of Motorz originally aired on television, and this version contains that same entire episode, but with fewer commercials.