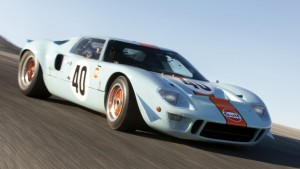 Typically we think of modern muscle cars as performance bargains, offering incredible power for relatively little. However, when it comes to classic muscle, especially examples with historical importance, prices head very quickly in the other direction. In an auction setting, it’s not uncommon for original or well restored favorites to crack into six figure territory. Our own Chris Duke and Alan Taylor got a firsthand look at the 2015 Barrett-Jackson Collector Car Auction.

As impressive as those numbers are, certain examples with the right owners, background and place in history can enter an entirely different stratosphere. Ready to see some jaw dropping numbers? Check out our list of the six most expensive muscle cars ever sold: 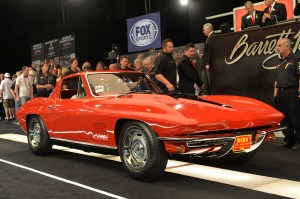 You know a list is going to be interesting when the cheapest car is nearly $4 million. With a 427 cubic-inch, big-block V8 pushing 500 horsepower, the L88 option code was ordered only 20 times in 1967. Combine that rarity with a particularly striking exterior and you have the most expensive Corvette ever sold. 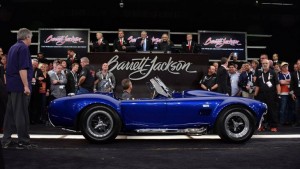 It may only be fifth on our list, but as far as stunning cars go, this may be impossible to beat. Once part of Carroll Shelby’s personal collection, this Cobra 427 still cranks out nearly 800 horsepower and can easily exceed 190 mph. That’s good for 0-60 in well under four seconds with no electronic aids to interfere with one of the greatest driving experiences ever crafted. This ultimate Cobra sold at Barrett-Jackson for more than $5 million, and even at that price, it seems like a steal. 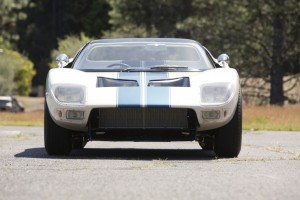 As Ford found success with the GT40 in racing, it briefly considered offering a road-going roadster varient. Only six prototypes were ever made, and this example is the only “as built” car that remains. In case that’s not impressive enough, past drivers include Ken Miles, Carroll Shelby and Jim Clark. Somewhat hard to believe this is only fourth on the list. 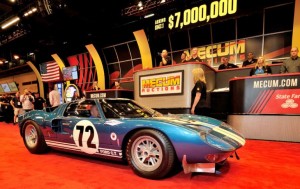 Going for nearly 15 times more than the 2005 rebirth, this Ford GT (officially GT/104) is one of two prototypes prepared and raced by Shelby American for the 1965 World Championship. Competing at tracks like Daytona and clearing a path for the historic GT40 LeMans victories, the term “GT” would mean substantially less without this car. In a strange way, it almost makes $7 million seem not quite enough. 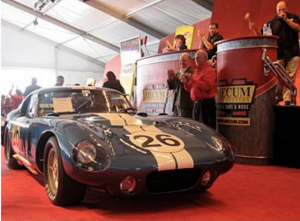 How do make the Shelby Cobra, one of the most iconic cars ever made, even better? Add a roof and phenomenal racing pedigree. Welcome to the Shelby Daytona Cobra Coupe. This specific car won the 1965 FIA World Manufacturers Championship for GT cars. Off the track, it went on to star in the cult classic film Redline, also in ’65. Combine timeless good looks with history to match, and you’ll need a check well north of $7 million for this Shelby.

Add up one of the greatest cars ever made, the most recognizable paint scheme of all time, immortal drivers and a legendary racing film, and you’ll wind up with a barely believable $11 million Ford GT. Sold at Pebble Beach by RM Auctions, even for original Ford GT race cars, this is an incredible example. Used as the camera car in the legendary Steve McQueen film LeMans, its racing history includes drivers such as Jacky Ickx, David Hobbs and Brian Redman. Needless to say, not only is this GT one of the most desirable cars ever made, it’s a nearly unrivaled piece of automotive history.