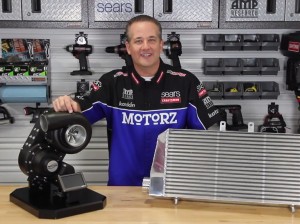 Deciding to move from natural aspiration to forced induction is a big move when it comes to an engine build. The immediate gains are certainly apparent but typically there are draw backs. Bolting on a supercharger adds significantly more power, a more defined torque curve and opens up entirely new performance not possible without a forced induction setup. Yet, adjusting the boost can be a complicated process and cannot be done on the fly. Until now. ProCharger’s i-1 supercharger truly changes the game with one of the most sophisticated, easy to use and powerful systems ever offered.

This remarkable offering from ProCharger allows the driver to switch between three factory supplied performance modes. An additional mode is offered for any custom settings. Incredibly this allows for boost settings to be changed in moments without ever lifting the hood via an optional touch screen. Factory modes include Touring, Sport and Competition to suit whatever driving style you need. Beyond adaptability, the sheer power provided by the i-1 is massive. You can expect to add anywhere between 205-235 horsepower to stock 5.0L 4v and LS3 motors. Better yet, these gains are made on a relatively low 7.5 psi which adds significantly less engine stress than other supercharger or turbocharger kits.

A critical benefit of the i-1 is the effect on the power band. Designed to offer consistent horsepower and torque with virtually no turbo lag even at low rpm, the typical tradeoff of a forced induction setup is not present here. An air-to-air intercooler capable of handling 1,000 horsepower ensures the i-1 has more than enough cooling.

Nearly every car guy has heard a story about a disaster project where the turbocharger failed and destroyed an engine. ProCharger has built the i-1 with its typical ultra-high quality components so you can have complete peace of mind. Made with billet impellers and incredibly tough running gear, failure is not an option. For even greater security, ProCharger offers an optional 3-year warranty.

For more information and to purchase, head to ProCharger’s official website and visit our Partz page. Watch the video below to see Chris give a full overview of this highly innovate, built in the U.S.A. system.