Earlier this month we announced that Motorz TV Premieres on Pursuit Channel in April. They were so eager to get started that they bumped it up a week, so it actually premieres next week, March 30th at 10PM PDT.

It’s already showing up in program/tv guides. Get those DVRs ready! The Pursuit Channel is starting with Season 4, Episode 1!

Look for it on DIRECTV channel 608 and Dish Network channel 240. 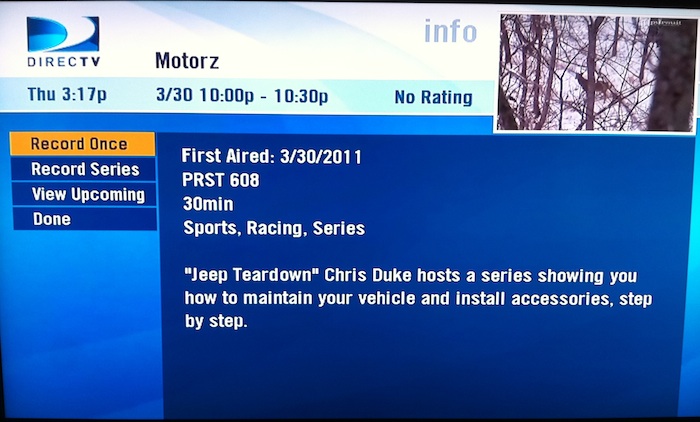