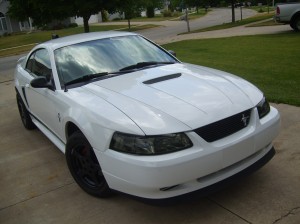 As always, selecting just one winner when there are so many great entries is one tough job. This month, we decided to get a little younger, by selecting 20-year old Tyler Ashmore of Tecumseh, MI and his 2002 Oxford White Ford Mustang!

Every month when I write these stories, it really does get more and more interesting learning about how everyone comes into owning their rides or even how they got into building them into what we see today. I think it really speaks volumes about our viewers, the availability of aftermarket parts and even how shows like Motorz cater to such an enthusiastic, enthusiast community. It’s an honor knowing that we help out our fellow gear heads in ways we never would have dreamed!

This month we have a great story about a young college student named Tyler Ashmore. Tyler has a 2002 Ford Mustang in a really slick Oxford White that he keeps clean and mean!

Tyler’s first vehicle was a 1982 Ford Bronco with big 33 inch tires that he purchased in 2010, fulfilling a life long dream of owning a big Blue Oval truck! Tyler tells us “You know, a teenage boy, originally from Kansas who comes from a long line of Ford truck owners – I was destined to drive one myself!” The Bronco was purchased several months before his first year of college. It took 5 months of hard work getting it road worthy, not to mention a ton of money. The Bronco quit on him halfway through his second semester, forcing him to share his mom’s vehicle for the rest of a semester.

Heartbroken, he scoured the internet for a vehicle in his price range that was affordable and got decent gas mileage. He looked for a second truck with no luck, and that’s when his mom told him her first vehicle was a Baby Blue 1966 Ford Mustang. Two days later, Tyler and his mom drove up to Troy, MI to pick up his 2002 Ford Mustang. These days, Tyler calls his Mustang “Project Black and White”, and it really is a one of a kind! 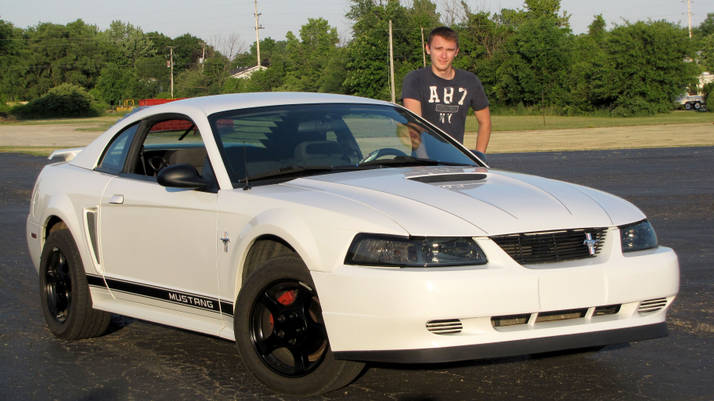 Tyler has quite an extensive list of mods to his Stang, and he credits his father and his extensive automotive and auto body know-how!

Currently, Tyler’s Mustang sports a Mach 1 Chin Spoiler, a black Billet Grille, black vinyl bumper inserts, a Tri-bar Pony grille emblem from a 1966 Shelby, fender emblems from a ’66 Mustang (a nod to his mom’s first car), and Smoked clear corner headlights. Out back, this Oxford White Beauty has VHT tinted tails, a rear window louver, 1.5″ wheel spacers, and a “Lethal Injected” trunk emblem. It breathes in through a cold air intake and exhales through a Single Pypes Violator muffler with chrome 3.5 inch tips, that Tyler tells us sounds perfect.

In the future, Tyler plans on painting interior trim on the doors and around the radio Oxford White to tie his interior into his black and white theme, he also plans several stereo upgrades when time and money allow. Tyler would also like a strut tower brace, 17 inch aftermarket wheels, an H-pipe so he can upgrade to a dual exhaust and a “Lumpy” cam to give his vehicle a smidge more street-cred!

Tyler credits Motorz for helping him through several installs and says each and every episode is his favorite! However, he had this to say:

Chris Duke is a great host and a very funny guy! He’s also very informative, especially in his Mustang Makeover episode. Putting the rear louver on my Mustang would have been a challenge, but with the information Chris provided, as well as the demonstration on how to put the louver on – the project became a breeze! The Automotive Detailing episode gave me a better understanding of how to take care of my vehicle better as well!

Tyler also sent us a video he shot of his Mustang! He gives us a nice view inside and outside of his vehicle and takes us along for a ride in his passenger seat! 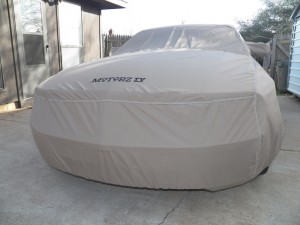 Congrats again to Tyler for submitting his vehicle for Ridez and for winning the Motorz-branded car cover from Covercraft.

Check out more photos of Tyler’s sweet Mustang below! 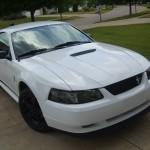 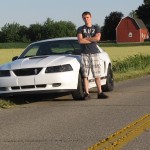 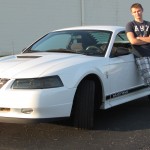 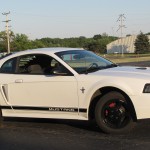 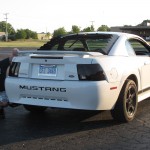 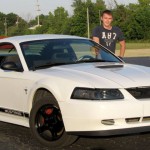 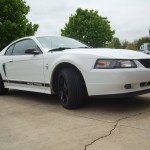 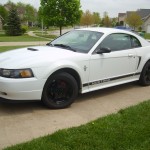 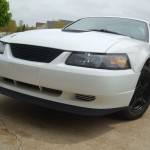 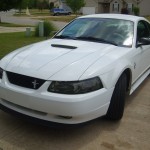