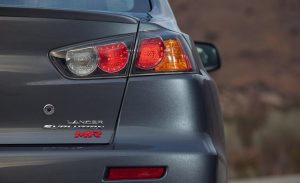 I’ll admit it. More than a few times I’ve used the phrase “I’ll never drive anything other than a manual transmission.” After all, no torque converter can ever come close to rivaling the engagement of rowing your own gears. I’ve been so dedicated to the righteousness of a manual ‘box that I never even considered owning sports cars without a third pedal. For enthusiasts, it’s manual or nothing. However, a new kind of transmission is slowly but surely finding its way into the mainstream, and it may soften that position.

It goes by a number of acronyms; DCT, DSG, PDK, etc., but it all means the same thing: dual clutch transmission. The workings behind it are immensely complex, but here’s the ten second explanation: it’s a transmission that uses two gearboxes with an automated clutch. The logic is that while one clutch is engaged, the other is always prepared to immediately engage the next gear. For example, if you’re in fourth gear, both third and fifth are ready without hesitation. 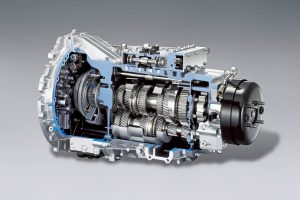 Early dual clutch transmissions were only found in ultra high-end supercars. As the years have progressed, they’re now available in reasonably affordable sports cars and hot hatches. They’ve also become mind-numbingly fast. In some cases, they’ll swap cogs faster than you could possibly blink. Regardless of the application, that’s ludicrously quick. Plus, in the best units, unlike auto transmissions, dual clutches actually listen to you. Want to grab sixth gear at 30 mph, or let first gear chill near redline? Not at all recommended, but the best DCT’s will still give you ultimate control.

So they’re blisteringly quick and afford you nearly all of the control of a manual transmission. Is this the ultimate end of the third pedal? As with almost everything automotive, that ultimately comes down to you and the car you’re choosing. Some DCTs are significantly better than others, and if you’re do-or-die when it comes to the purity of the driving experience, twin clutches do not offer the physical engagement of true manuals.

When I purchased my BRZ, even had a DCT been available, I would have still gone with a manual. It’s a hardcore driver’s machine, and selecting anything other than the most engaging gearbox possible feels off. Yet, for the car I’m eyeing up now (read: recently discontinued Mitsubishi rally missile), the DCT is actually preferable to the five speed manual. It takes a car that’s designed to be as quick as possible and makes it a 75%-off little brother to the GT-R. The manual is very good, but the car’s soul is more evident with a twin clutch.

The rapid disappearance of three pedal cars is heartbreaking. But, at the very least, the dual clutch option offers a promising future for us enthusiasts. No, it’s not as engaging. But what  it lacks in physical effort is compensates for with sheer speed. And, for those of us out to have the fastest machines possible, that’s hardly a compromise.

Would you have a dual clutch transmission over a manual? Let us know on Facebook and Twitter!