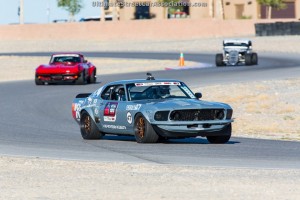 Car meets are some of the best ways to unwind after a long week, hang out with the crew, meet new people and see a wide variety of rides. One way to make it even more entertaining is by getting together with your buddies ahead of time and driving to the meet. Racing on public streets, however, is a slightly different story. Knowing the difference and what to do when things start to speed up can be the difference between a fun highway blast and a very lost license.

When you’re heading out on a cruise, take a spot check of the group you’re involved with. If you’re just looking to drive out together and stick to legal(ish) speeds, ask around to see what cruises with that group are usually like. Answers like “can’t go, lost my license last time” and “so this is why I’m in court next week,” signal it may not be your scene. Making that discovery once you’re already in route can make things somewhat tricky. As we’ve probably all experienced at one point or another, “well everybody was doing it” generally isn’t a great way to rationalize behavior to your town’s finest.

There’s nothing wrong with cruising, even at a good clip. The problems typically arise when a cruise winds up being a full-on race. Generally it’s either a) highway pulls or b) who gets there first. When you pull up next to your buddy’s Mustang, of course you’re going to drop the hammer at the same time, probably a few times. Beyond the common wisdom of avoiding speed traps, there otherwise likely won’t be an issue. Blocking three lanes of traffic to do pulls from 30 mph to 120 can make the situation a little more precarious. As you can probably guess, we’re big fans of cruising. But when it comes to racing, here’s our approach: take if off the interstate.

Finding Where to Race

Pushing cars to see which is faster is unbelievable fun, we’ll be the first to admit. The problem with letting it fly on public roads is the danger to uninvolved motorists. As we’ve seen numerous times, when hugely powerful cars lose control at 90+ mph, the carnage can become substantial. Instead, why not take it to a more controlled environment? Check out your local drag strip to see what local events typically involve. Street racing goes to an entirely new level when it’s Friday Night Lights with packed stands and absolutely no limits for at least 1/4 mile.

If you like a few corners, ask your group about local autocross events. You may be surprised how many kinds of grassroots, perfectly legal and hugely competitive kinds of racing are available. From drifting to rally cross, it is genuinely surprising how many events are out there but not widely known.

If you’re not sure where to start looking, you can’t go wrong with the Sports Car Club of America. Known commonly as SCCA, this organization is virtually unrivaled when it comes to quality events. Check out the official page to find your local chapter and see what’s going on around your area.

For much, much less than the cost and insurance hike of a street racing ticket, you can cover entry cost, a set of track wheels/tires and gas to get you to and from an event. That’s a deal we’re more than happy to make.

Have events you’d recommend or car clubs to get involved with? Let us know in the comments or via our Facebook and Twitter pages.