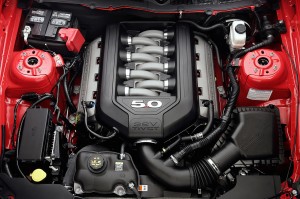 The combustion engine is a remarkable device, in some cases a living contradiction. It’s capable of producing staggering amounts of power. Yet, if certain tolerances are exceeded by the smallest of margins, what follows usually includes a loud bang, colorful language and a particularly interesting insurance claim. One of the keys to knowing how far to push your engine is the compression ratio. New to the term or could use a refresher? We have you covered here….

First up, a basic understanding of the phrase ‘compression ratio’. Surprisingly, it’s pretty straightforward: it’s the ratio of the volume of a combustion chamber from its largest capacity to its smallest. Higher compression ratios are generally preferred, resulting in better efficiency and performance potential. Ever wondered why your automaker requests you use premium gas? If you’re running a high compression ratio (say 10:1 or greater), a fuel that burns at a high temperature (i.e. high octane), allows the cylinder to compress further before ignition. Use lower grade fuels and the lovely sounds of rod knock won’t be too far behind.

Now on to how these numbers affect your build. Is a higher compression ratio better? Generally speaking, yes. However, that can greatly depend on what you’re looking for in a build. Great example: FA20 vs. EJ (or 2015 WRX vs 2015 STI). The FA runs a significantly higher ratio, 10.6:1 compared to the EJ’s 8.2:1. That results in the FA being remarkably more efficient and producing more power per liter. One issue: though it’s certainly a more efficient (and in almost every way better) engine, that high ratio means the stress on the engine is increased. 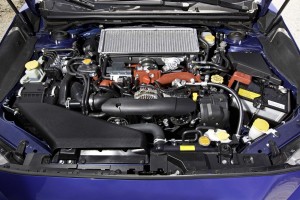 The EJ’s very, very low compression isn’t exactly desirable, but it does mean the limits of the engine are pretty far away. Turning up boost and/or tuning an EJ is likely going to be safer than running the same parameters on a stock FA. That becomes critically important when the comparison turns to naturally aspirated vs. turbocharged. The BRZ and WRX both share nearly identical FA20 engines with one huge difference: the BRZ breathes naturally. In part due to that discrepancy, the N/A FA works way harder, with a stratospheric 12.5:1 ratio. By any standard, that’s pretty remarkable.

Looking for what happens when you don’t do your research? Hop on a GT86/FR-S/BRZ forum and look for someone posting about how they’re about to run 8+ psi on an 86 with stock internals.  Sounds perfectly reasonable and equally safe. After all, a stock WRX, with the same engine (plus turbo) runs 16+ psi. Tricky bit is the ratios are substantially different, as are the stresses being put on the engines. Running anything over 7 psi on a non-built 86 FA is seriously risky business. That’s not entirely due to the engine’s compression ratio but it certainly comes into account.

As cars have advanced, ratios have risen accordingly. The EJ’s 8.2:1 number is incredibly low and likely not long for this world. Frankly, we’re amazed it made it this far. By comparison, both the 5.0L Coyote and LS7 go with 11:1 compression. In this case, increasing numbers are absolutely a positive trend. Just keep that in mind when you’re tuning or planning out your build. A little homework goes a very long way. Transforming a car from N/A to forced induction? We love you for it. But when you’re ready to seriously dial up boost, it’s time to either rework compression, add high performance internals or preferably both.

Have any questions about compression ratios and their impact on your build? Let us know on our Facebook and Twitter pages!