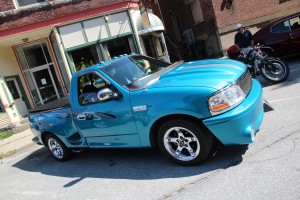 As always, selecting just one winner when there are so many great entries is one tough job. This month, we’ve chosen a vehicle from our roots, a 1997 Ford F150 owned by David Dumont of Saint Albans, Vermont.

It’s not every day that we hear from Military members, but the stories that we do receive are great ones! That’s the case with David’s story about his 1997 Ford F150! His story begins like any other motor heads, with the purchase of a vehicle he had hoped to transform into his dream vehicle. In David’s case, this took place in 2000 when he picked up his bone stock 1997 F150 XLT with 20,000 miles on the clock. David had completed some simple bolt on mods and enjoyed a few car shows, but his plans were cut short when he was deployed to Iraq in 2005 with the Vermont National Guard.

While overseas, David spent his downtime designing his future dream vehicle – so that everything would be ready to rock when he got back home. Having settled on his design, he began to order many of the parts that would be installed upon his return. When David did come home in June 2006, he arrived to a mountain of boxes and parts! The project took on a name too, Project Big D Edition.

Fortunately for David, he didn’t have to tackle the tasks ahead alone as his Uncle jumped at the chance to get his hands dirty as well! The pair took three months to finish the Big D Edition and it consisted of a full tear down of the body and suspension.

David has provided us with a healthy list of modifications to his Big D Edition F150 – let’s take a look:

The exterior has been completely restored; body and custom teal paint topped off with custom graphics, it has a rear roll pan, front PIAA bumper, a chrome front grille and a cowl induction hood with custom paint. The suspension has been dropped with a Belltech suspension, 3″ up front and 4″ out back. Big D rolls around town on 18″ Chrome Lightning wheels, and also has a set of headlights and corners off a Lightning complete with HID bulbs.

The trucks underbody is lit with with Blue LED’s, it features custom Big D Edition badges from Billet Badges, it inhales through a AirForce1 cold air intake, has a side exit dual Flowmaster 44 exhaust, Granatelli mass airflow sensor, all programmed with a Superchips tune. Out back it has a Bedrug and a hydraulic tonneau cover.

Inside “Big D” it’s all blacked out, David removed all the grey and installed black carpet, black headliner and custom black seat covers. He also upgraded his audio, with a DVD system, Pioneer speakers, and 800 watt Bazooka subwoofer. It’s finished off with some more billet, including Big D Edition sill plates and billet locks!

David takes “Big D” to many local car shows every year and has also attended Carlisle All Truck Nationals and All Ford Nationals the last several years. He also tells us that he has been a big fan of Motorz TV (and Chris!) since way back to his F150 World and Ford Truck World days. He has learned a lot from watching the show, and he says his favorite is the very first episode because it shows you how far Motorz TV and Chris has come here at Motorz!

Check out some more of the great photos that David had sent in and don’t forget to enter your ride in our Ridez contest this month for a chance to win another Covercraft car cover! 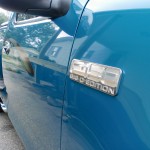 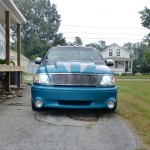 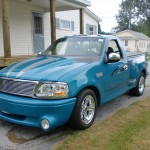 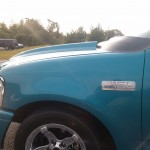 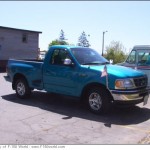 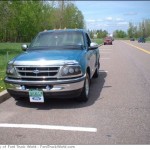 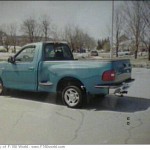 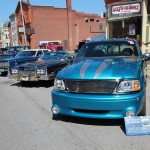 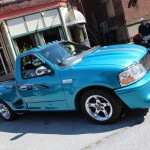