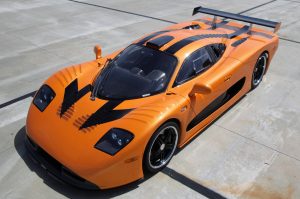 With an incredibly long wait list and prices soaring above $400,000, one thing is clear: the 2017 Ford GT is one of the most anticipated supercars of all time. Not only will it be remarkable based on its performance, but also in that it joins an elite club of performance icons hailing from Uncle Sam’s garage. Though there haven’t been many full-on domestic supercars, what they lack in number they more than make up for in sheer speed, price and desirability. Let’s dive into a few of our greatest hits…. 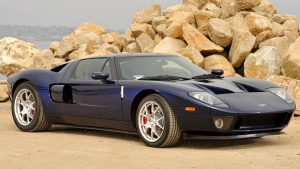 Back in the early 2000s, Ford decided to celebrate its centennial in the best way possible: introducing a reborn GT40. Featuring a 5.4L supercharged V8, the retro yet modernized shape was even faster than it looked. Though 550 hp is now surprisingly mid-range for super sports cars, it was enough to move the GT from 0-60 in 3.3 seconds and onwards to a top speed in excess of 200 mph. Even 12 years after the fact, those numbers challenge some of the fastest raging bulls and prancing horses.

A total of 4,038 were ultimately produced during the production run. If you managed to snag one, the investment is already paying off. Originally sold for around $160,000, resale for solid examples is now easily 2-3 times original MSRP, with some even exceeding those prices. Still not impressed? Turbocharged, modified 2004 GTs have been proven to exceed 270 mph. That’s even out of Bugatti Veyron reach. Needless to say, the 2017 GT has some rather large shoes to fill. 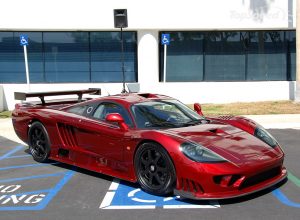 With the exception of a brief cameo in Bruce Almighty, the S7 didn’t enjoy the same spotlight as the Ford GT. And that’s unfortunate, given that it could destroy a Ferrari Enzo. Produced with a naturally aspirated 7.0L Ford 427 from 2000-2006, twin-turbos were bolted on for 2005-2009 models, ultimately pushing output to 750 hp. Given the incredibly low 2,950 lbs. curb weight, that was good for 0-60 in 2.8 seconds and a top speed somewhere over the rainbow of 248 mph. For drivers who wished to meet their maker quickly, a wild 1,000 hp competition trim was available starting in 2006. 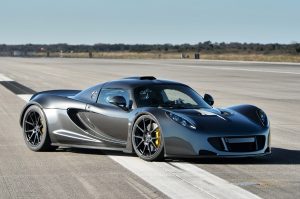 Why not, right? Unlike the S7, practically everyone has heard of the Venom GT, and for very good reason. A consistent annoyance to Bugatti, the Venom GT is what happens when you combine a highly modified Lotus chassis with a turbocharged, 1,200 hp 427 V8. End result: it’s biblically fast. Tipping the scales at a BRZ-ish 2,743 lbs., this Anglo-American hybrid tears to 200 mph in 14.51 seconds, ultimately arriving at a runway limited 270.49 mph. Both in terms of acceleration and top speed, it’s unofficially the fast production car (cue Clarkson voice)….in the world.

Because, apparently, 270 mph is boring to some people, Hennessey recently announced a GT successor, the F5. This time around, the goal is 1,400 hp and a top speed of 290 mph. Yes. Please. 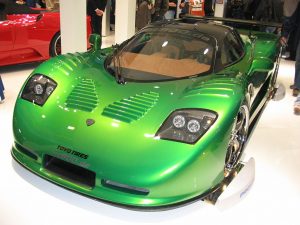 Arguably one of the least known American flagships, the Mosler MT900 is also one of its all-time best performers. Its Corvette-derived LS1 may only deliver 350 hp, but with an ultra-lightweight carbon fiber chassis, that’ll still move you from 0-60 in 3.5 seconds and yank 1.02 g’s on the skid pad. Aided by one of the purest form-follows-function designs ever produced, the Mosler is a true LMP1 car for the road. Which helps to explain its success on the racetrack, appearing in series ranging from the FIA GT Championship to Super GT and almost anything in-between.

It’s also one of the most reasonably priced performance animals of all-time, relieving you of $164,000 for the street version and $119,000 for race spec. No matter what you compare it to, that’s pretty outstanding value for money.