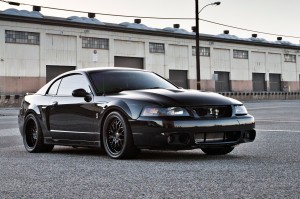 For some, buying brutally fast factory cars might not be realistic budget-wise. For others, it’s just not as satisfying as building their own race car from the ground up. If you’re in either camp, it’s an awesome time to be in the auto market. There are a surprising amount of great starting points available for second-car prices. Looking for solid base platforms? Check out a few of our favorites below….

Just look at it. Some Mustang designs can blend in with the crowd. Not the Cobra. And you better believe there’s more than enough under-hood to back up the “your soul is mine” looks. The (very appropriately named) Terminator V8 is one of the best yet fitted inside a pony car. It’s relatively simple to work on, produces end-of-the-world noises and makes power for days. Seriously, supercharge one of these things and it’s not that difficult to see well over 600 hp.

Best of all, resale is good but not particularly amazing. So picking up a clean one for a decent price should leave you with a healthy project budget. 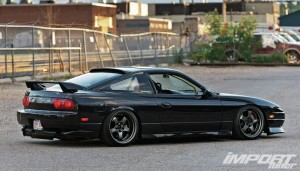 Is there anyone out there who doesn’t either own or know someone who owns one of these? Seems unlikely, but that’s for pretty good reasons. Not only can solid examples be found for dirt cheap prices, but the RWD, front-engine layout provides a plethora of options. For USDM fans, forget the JDM badging. Drop an LS3 in a 240 body and the results alter the time-space continuum. For those who truly have no self-control, add a turbo and you’ll have power-to-weight ratios that society frowns upon.

As far as the perfect project car goes, it’s genuinely difficult to top the 240. Whether a beginner or seasoned veteran, the flexibility of this platform has almost endless potential. 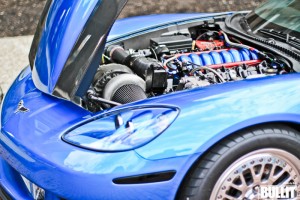 If you’re looking for an affordable, stupid fast project car, the C7 Corvette is the best thing that has ever happened. As soon as it became available, C6 prices started falling like rocks. Not only can you grab a well-maintained, base C6 for cheap, but even Z06 C6 ‘Vettes are coming online for very tempting figures. Best of all, thanks to the LS3’s bulletproof reliability and love of power, a forced-induction C6 can make biblical horsepower figures at wallet-friendly rates.

Word of warning: this is definitely one of those license-endangering cars. Not only is it insanely fast, but will probably be helicopter-loud at full throttle and unmistakable on the road. Best drive slowly on the street and save the full potential of this very, very bad boy for the track. 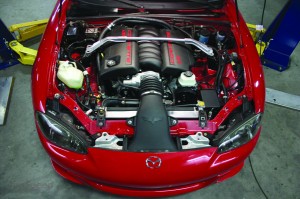 Ignore the haters. Picture this scenario. New Porsche 911 owner pulls up for his turn at the local drag strip. Looks over, sees an older Miata with racing seats. New 911 owner smirks, puts his car into its sportiest setting and prepares to show MX-5 driver the ways of the world. New 911 owner slowly reels lower jaw back up as Miata taillights grow continuously smaller in the distance.

The formula for such a car? Base, well-kept Miata (aka extremely affordable) plus any engine swap over 300 hp. For extra credit, go with an LS, boost it and add cams. Because there’s nothing quite as ridiculous as a Miata with a turbo, cammed V8. And by ridiculous, we mean ridiculously wonderful. 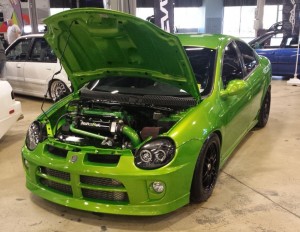 Yeah it’s a Neon. But you shouldn’t care about that, because built SRT-4’s also happen to be some of the fastest USDM compacts you’ll find roaming the streets. As with everything on this list, you can grab a decent example for an absolute steal (think: beautiful car for less than $7k).

Invest in high-performance pistons, rods, injectors, fuel pump, camshafts, etc. Basically add some serious strength to the internals. Bolt on a big-boy turbo, dial up boost, add a stage-two transmission, throw on a straight pipe exhaust and get ready to pop both flames and some blistering quarter-mile times. Plus, the sound of big-turbo SRT-4’s is as unmistakable as it is beautiful.